You’re not in Germany

One afternoon in Edinburgh, I decided to go for a walk. I chose a direction that I had not yet walked in, and, without looking back, walked for 30 minutes until I reached the main road which circled around the city. Here I encountered Holyrood Palace, or, Her Majesty The Queen’s official residence in Scotland, which stands at the end of Edinburgh’s “Royal Mile” (instead of a main square, which many older cities feature, Edinburgh’s old “downtown” takes an elongated form along one long street). After taking a picture and posing for another (thank you, random French man), I began to walk back. 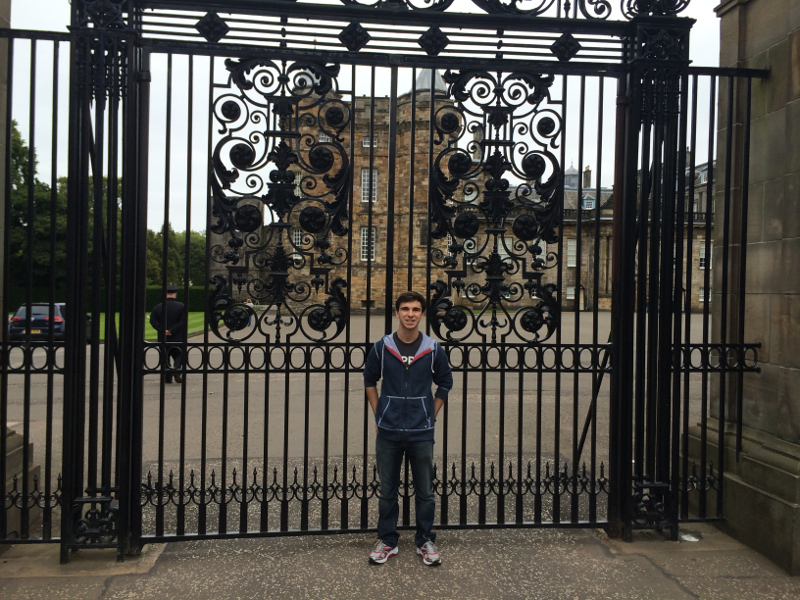 At this point I came across some Scottish people who were part of a “better together” demonstration urging others no vote “No” in the referendum. They are featured in the photo below, holding a flag, and I only happen to have this picture because I was taking a photo of the mountain behind them (thank you, cropping capabilities with 24 MP). 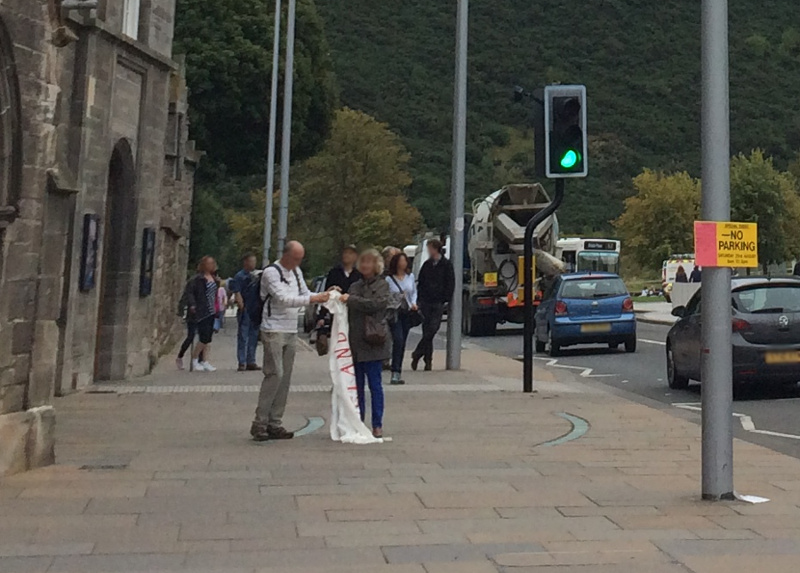 They looked friendly, and I decided that this was an opportune time to find the answer to the question that had been bothering me since my arrival in the UK.

Which side of the street do I walk on?

In the United Kingdom, cars follow bidirectional left hand traffic, meaning cars drive on the left side of the road, and the driver’s seat is positioned on the right side of the vehicle. This, of course, resulted in much confusion, ranging from “Holy $#[email protected] that child is driving the car!”, to looking Left-Right-Left (instead of Right-Left-Right) and walking directly into oncoming traffic (I’m ok, don’t worry).

So if cars drive on the left and pass on the right, where do people walk? And on which side should I pass an oncoming pedestrian? I inquired to these friendly Scots.

They stared back with puzzled faces. I explained my question, once more, very slowly, and giving an example. They replied with a smile and a loud chuckle, bellowing, “You’re not in Germany! We don’t have rules coming out our arse!”

So I guess there is no rule, which explains why the sidewalks’ pedestrian traffic is so chaotic. The international standard is to pass an oncoming pedestrian on the right, but that was certainly not the case in Edinburgh.

You’re not in Germany!

I smiled to myself. Little did these two Scots know that I was living in Germany for a year. And that thought prompted the next, which I remained in awe of for the following week: I’m an American exchange student, living and studying in Germany, on a class trip in Scotland, roaming the streets of Edinburgh.