The long road to obtaining the Abitur, the completion diploma from Gymnasium (similar to an International Baccalaureate Diploma), culminates with exams during April and May. Because students sit for the Abi exams before the normal school year ends, the second semester for the 12. Stufe (12th grade) ends in March, about two and half months before the other grades. The week prior to the last day of classes is known as Mottowoche, where each day has motto, better translated as “theme.” For each theme, students in the 12th grade would dress up and hold hallway raves between classes. From Drag to Elderly, Animals and Pirates, everyone was very nicely verkleidet. 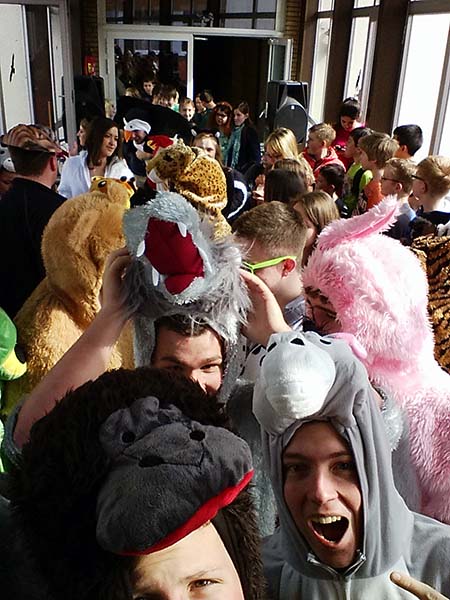 For example, Thursday was Assi day. 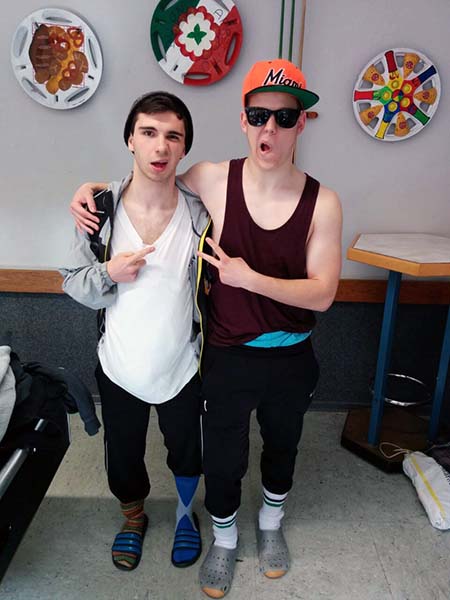 The whole week is comparable to the spirit week or homecoming weeks of US-American high schools, save for the decoration of halls. Or, at least, until the last day. Enter Abistreich.

Preparations for the day which every Gymnasium Schüler looks forward to took place overnight between Thursday and Friday. When I arrived at the school, around 19:00, thirty or so students where hauling cardboard boxes from the depths of my Gymnasium’s basement, where they assembled and stacked said boxes in the Glasgang. This roughly 60 meter long tube, liberally windowed on both sides (hence Glasgang), connects the two later built towers of the complex.

Pictured here is the half complete process. By the end of the night, it was filled. 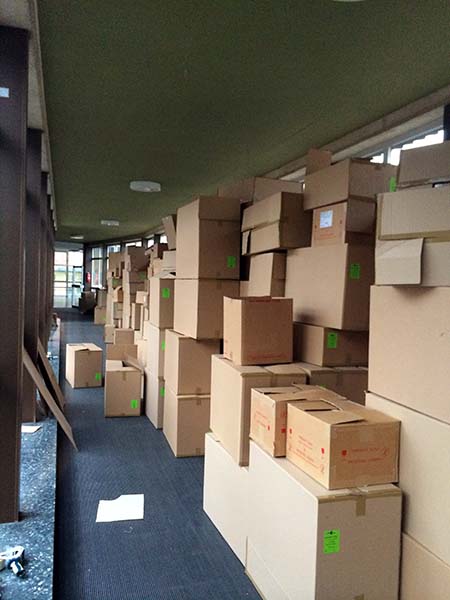 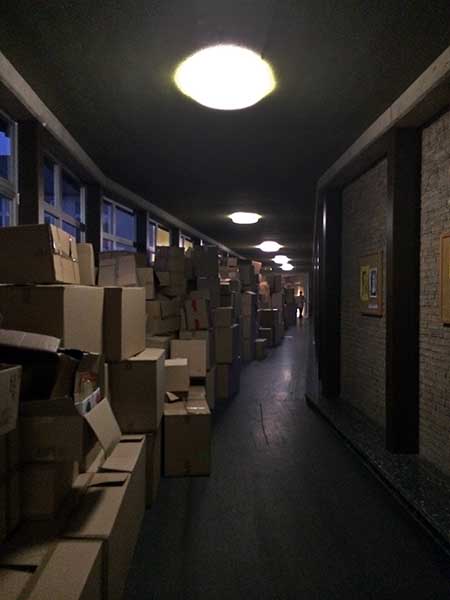 Another fifteen or so students erected tall fences outside the school. These fences would channel incoming staff and students to a specific door, where they would be warmly welcomed by the 12. Stufe the next morning. 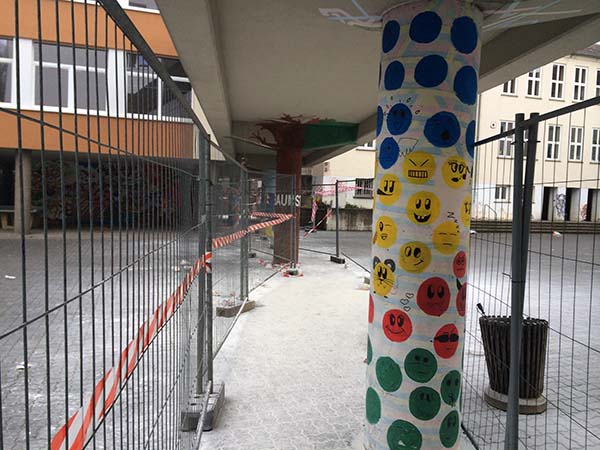 Classrooms were  carefully emptied of furniture, which were nicely presented as detour encouragement structures throughout the halls of the school. 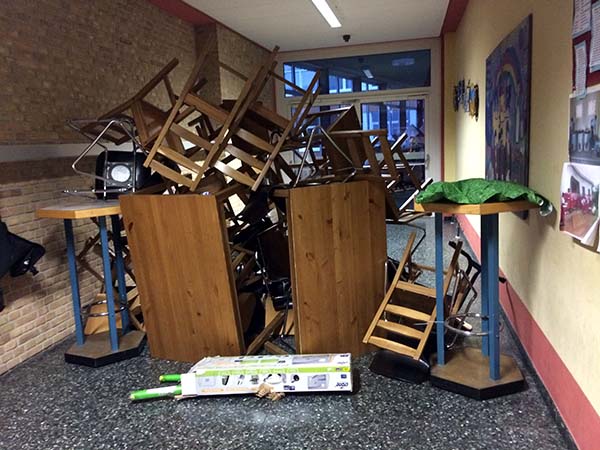 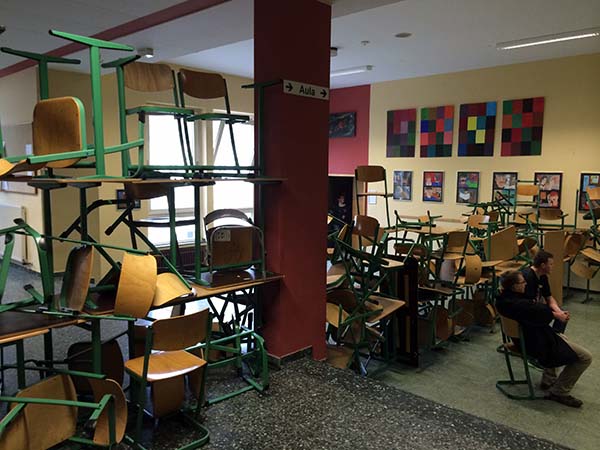 On nearly every window pane stood some sort of slogan or student’s name, celebrating the last 2-8 years at Gymnasium, and citing the (hopefully obtained) diploma to come. 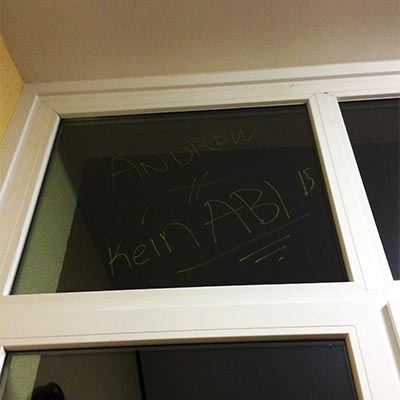 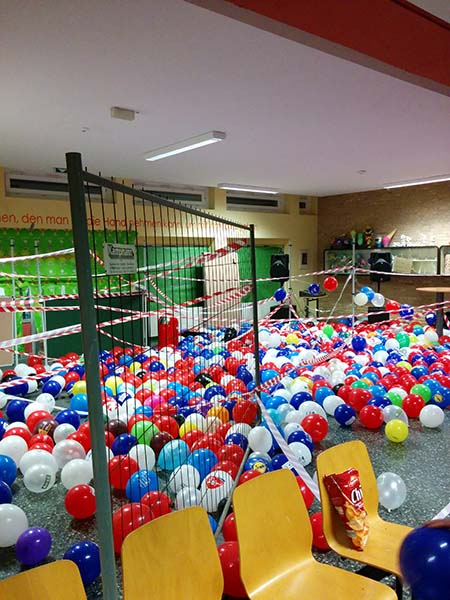 Everyone enjoyed the campfire and barbeque on the front steps of the school, despite the mild drizzle of a March evening. Between 03:00 and 04:00 in the morning, everyone went to bed (in the classrooms!) for a short nap before getting up at 06:00 Friday morning. Clearly, plenty of sleep was had. 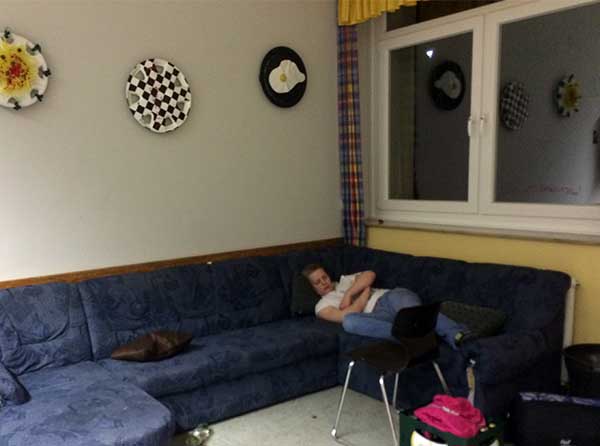 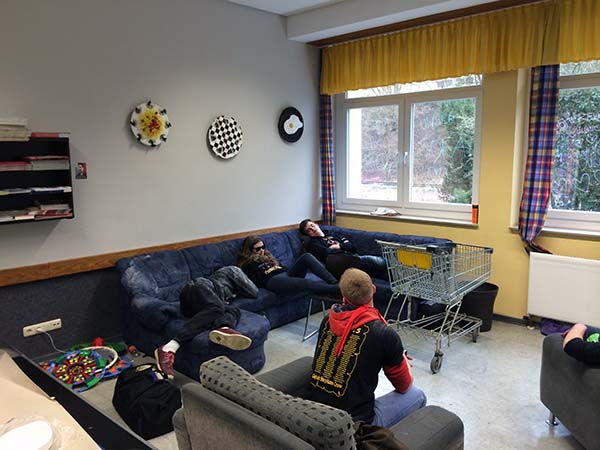 Friday was themed around Pirates, so I sported a wonderful cape and pirate hat, accented with a German flag draped over my shoulders. This flag would later be signed by the entire class.

The welcoming committee liberally distributed fingerpaint, flour, and shaving cream to all the teachers and underclassmen. Can you extrapolate from an incomplete explanation? Pirate Parsons had fun.

And the crazy thing was that this was all more or less endorsed by the school. Well, tolerated is a much better word.

The entire event was handled very responsibility. Students came with an understanding that they would be responsible for the mess they were making when they began the Abistreich preparation. Everyone knew that the next afternoon will be a long afternoon of zombie-like (2 hours sleep!) disassembly and thorough cleaning. The army of 80 students was well organized in the clean-up, and afterwards, left the school exactly (more or less) as it was before. I’m impressed. 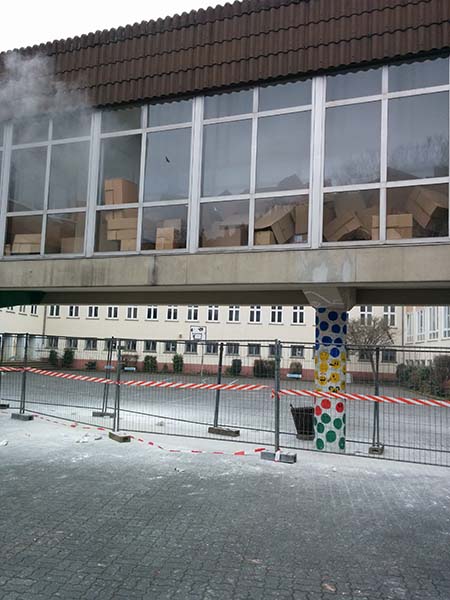 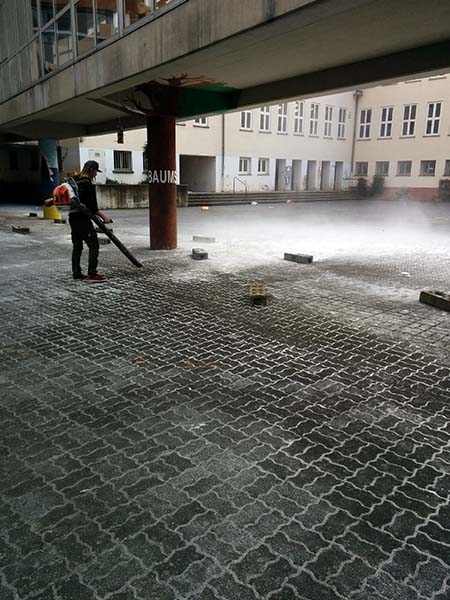 This was a great way for the students to celebrate their years of hard work, and I wish them all the best. 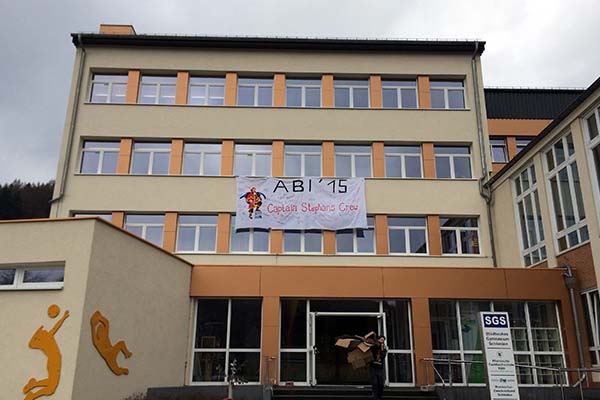